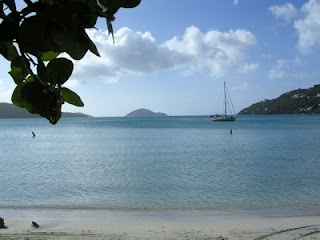 Preparing for my first trip to St. Thomas in the U.S. Virgin Islands, several images swirled through my mind: idyllic beaches like Magen’s Bay – voted one of the most beautiful beaches in the world; postcard perfect Charlotte Amalie, the town on the bay with it’s red-tiled roofed homes set on the hill overlooking the pretty harbor speckled with sailboats; day trips to nearby St. John, renowned for beaches like Trunk Bay and for most of the island being designated a U.S. national park. 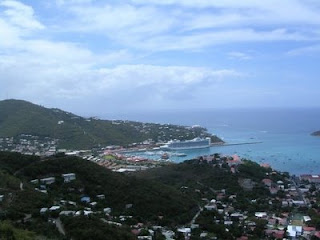 But nothing prepared me for what it would feel like when, on one day alone, up to 9 large cruise ships came into port and dumped some 20,000+ day trippers onto an island that is only 32 miles square.

Day at the beach at Magen’s Bay? Think a sea of wall-to-wall people jammed onto a beach, vying for pina coladas and margaritas at the one beachfront bar. No, on those days we learned quickly not to go to Magen’s before 3 p.m. A harried waitress resting after most of the cruise shippers had gone for the day told me “It was like Miami Beach out there today - you couldn’t even see the sand for the bodies!”

Take a nice drive around picturesque Charlotte Amalie? Think traffic jams snaking through narrow brick lined streets – dozens and dozens of open-air safari jeeps carting the cruise trippers from boat to beach to shop and back all day.

Day trip to St. John? Better do your snorkeling around the underwater trail at Trunk Bay before 10 a.m. And leave before 11 a.m. otherwise you won’t stand a chance against the hordes that descend on the beach from the ships. 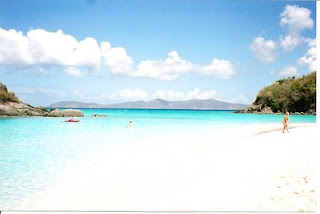 I’m not suggesting that St. Thomas doesn’t have a right to have its cruise ship traffic. After all, their entire economy seems to be built on the two million tourists that visit by ship each year. However, what concerns me is the overwhelm of the environment, marine and land, that these mega-cities-on-the-sea bring with them.

Over on the British Virgin Islands, residents are wondering whether it is worth it to have an estimated 575,000 people arrive on cruise ships on their small islands each year. At issue is not just the over-crowding of people on the islands but also the trash and waste that is left behind. See “Honest Debate needed on cruise ships" http://www.vistandpoint.com/index.php?option=com_content&task=view&id=1252&Itemid=29 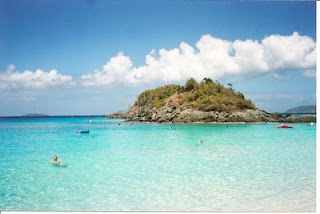 Cruise ships are notorious polluters. According to Oceana, an ocean conservation group, the average cruise ship generates on a daily basis, the following waste:

Some of the lines are cleaning up their act but only after aggressive campaigns from environmental groups such as Oceana. http://oceana.org/ 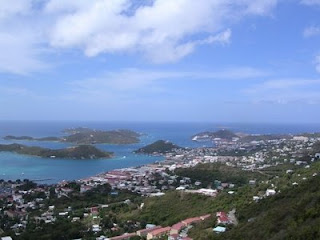 A recent news report from The Associated Press states that the Caribbean Sea is a dumping ground for garbage from cruise ships. A United Nations dumping ban protecting seas from ship pollution is in effect in many countries; however, Caribbean islands have yet to adopt the ban. The islands say they don’t have the capacity to treat ship garbage on shore. Cruise ship passengers spend $1.5 billion annually in the Caribbean and the islands fear losing that business.

In 1993, the United Nations International Maritime Organization outlawed dumping in the Caribbean. The ban will not take effect until enough countries are able to report their capacity for treating trash from cruise ships. The ban on ship dumping has already taken effect off Antarctica, the Baltic Sea, the North Sea and the Persian Gulf. The ban is scheduled to take effect in the Mediterranean in May 2009. For the full article, see “Caribbean slow to plug cruise ship waste” http://www.msnbc.msn.com/id/29415019/ 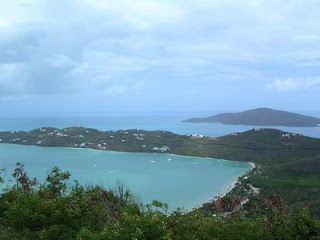 In St. Thomas, the government has approved plans to begin dredging of the harbor to accommodate the 40’ draft required by the new Genesis class of cruise ships. The first of these ships, Royal Caribbean’s Oasis of the Seas will accommodate an astonishing 5,400 passengers and is set to make its first stop to St. Thomas in December 2009. There have been concerns raised about the dredging of the harbor due to the intention to dump the dredged material in Lindberg Bay. Concerned citizens fear that there is toxic material which will damage the ecosystem of Lindberg Bay and ruin what is a desirable swimming and recreation park for residents. See Save Lindbergh Bay website. http://savelindberghbay.com/

Other Caribbean islands are also preparing for these new mega-ships with upgrades to their harbors. As a concerned citizen, I can only hope that the marine environment and the quality of life for residents and land visitors (who spend far more money at their destinations than cruise ship passengers) will not continue to decline with the traffic jams and pollution posed by the cities-on-the-seas. Stateside, it is time for Congress to adopt the Clean Cruise Ship Act S. 793/ H.R. 1636 which would provide uniform standards around the country for protecting our marine environment. See http://www.oceana.org/north-america/what-we-do/stop-cruise-ship-pollution/solutions/ Copyright © Kathy Stanley 2009.
Related Post:
Cruise Ship Environmental Report Card
See Arthur Frommer's article "Another Fake Port Rises for Cruise Ship Passengers."