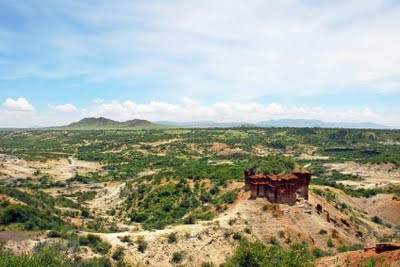 We left the Ngorongoro highlands and traveled next to Olduvai Gorge which forms the eastern boundary of the Serengeti Plains. Olduvai Gorge is a rich archaeological site where Louis and Mary Leakey made an important fossil discovery in 1959. The jaw bone of an early hominid, australopithecus boisei, was unearthed and found to be 1.75 million years old. See Leakey Foundation website for more information on this. At the time, it was the oldest hominid remains that had been found, hence the moniker for Olduvai being “The Cradle of Mankind.” A small museum on site provided exhibits of fossils discovered and since that early discovery, many other fossils have been recovered from Olduvai and it remains an active archaeological dig site. Olduvai Gorge contains rich volcanic soil from the Ngorongoro Highlands which is one reason it was a site where hominid life evolved. 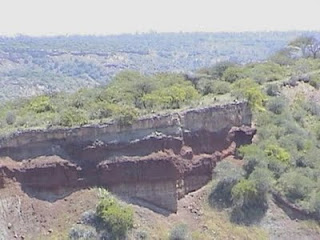 We were also taken down into the Gorge to the very spot where the fossils were found. Excavation and research is still ongoing in the gorge. 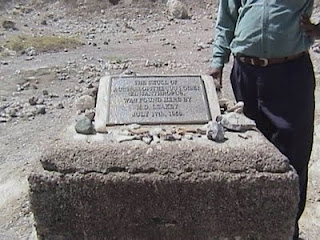 What I enjoyed most of all though at Olduvai Gorge was just standing on the rim of the gorge watching the Maasai herders walking their goats and donkeys below in the gorge. There is an ancientness and sense of timelessness to the gorge that is indescribable. The roots of our species are anchored here and I found it to be a very peaceful and interesting place to visit and experience quietly.Copyright©Kathy Stanley.
Tomorrow: Serengeti National Park 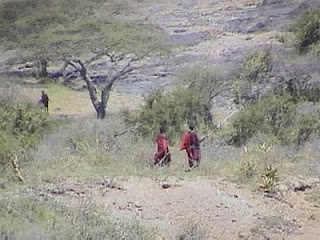 Posted by Kathy Stanley at 7:38 PM