Only Pencils and Prayers - Greg Mortenson 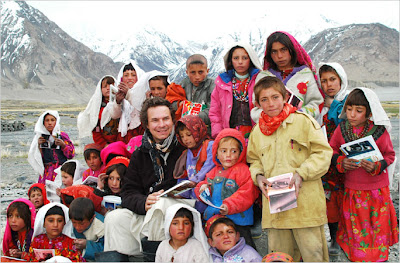 Literary Arts presented Greg Mortenson in Portland last night to a sold-out crowd that packed the Arlene Schnitzer Concert Hall. The author of Three Cups of Tea: One Man's Mission to Promote Peace . . . One School at a Time

and the recently released Stones into Schools: Promoting Peace with Books, Not Bombs, in Afghanistan and Pakistan

has built 131 schools in Pakistan and Afghanistan, through his Central Asia Institute (CAI), that serves 58,000 students, including 44,000 girls. The Pennies for Peace school program he started has raised $1 million from 100 million pennies donated by school kids in the U.S. for building the schools.

Mortenson began by telling the audience that he visits 200 schools in the U.S. each year and he always asks the school kids this question: "How many of you have talked to your grandparents about WWII, or the Vietnam War, or about the Civil Rights Movement?" He said only 10% of kids respond that they have. He said that 90% of kids have had this kind of talk with their elders in Afghanistan. Mortenson believes that we have lost the tradition here in the U.S. where we talk to our elders. He thinks that there should be storytelling in U.S. schools by elders, a practice that is done in Afghanistan. To reinforce his point, Mortenson then showed a short video of his own young daughter interviewing Tom Brokaw about his book The Greatest Generation and her asking questions of him about that generation's experience.

Mortenson then gave an interesting commentary about his experience in getting Three Cups of Tea published. The title of the book was set but the publisher insisted, despite Mortenson's objections, that the subtitle of the book should be "One man's mission to fight terrorism and build nations - one school at a time." Mortenson did not want the word "terrorism" in the subtitle. He wanted the subtitle to be "One man's mission to promote peace - one school at a time." The publisher insisted that their subtitle was the right one to sell books and so Mortenson had to relent to their wishes. However, he made a deal with them that if the book did not do well in hardcover with that subtitle, that they would change the subtitle for the paperback. Sure enough, the hardcover did not do well. With the new "promote peace" subtitle, the paperback book has sold over 300 million copies worldwide, has been on the New York Times bestselling list for three years, and is now required reading for Special Forces personnel being deployed to Afghanistan. Mortenson said that it was clear to him that the word "terrorism" breeds fear while the word "peace" inspires hope. 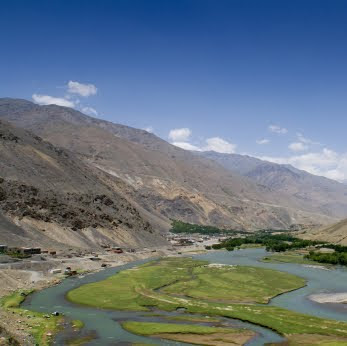 Mortenson's main message centered around the fact that education is critical in a world where some 120 million children are without the means to going to school. He quoted an African proverb that states that "If you educate a boy, you educate an individual; If you educate a girl, you educate a community." One of the reasons for this, he said, is that once girls are educated, there is a dramatic drop in birth rates, better infant mortality rates and it leads to income growth and women's empowerment overall. He said that in speaking to people in the region, their overall greatest desires are that they don't want their babies to die, and they want their children to go to school. 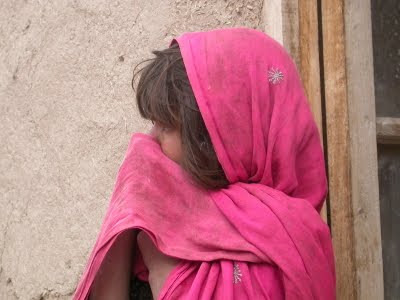 Mortenson believes that education should be our top priority, nationally and internationally. He said that we could eradicate global illiteracy in 15 years if we were really committed to it. He spoke highly of the Teach for America program here in the U.S., the Americorps program and the success of the Pennies for Peace program which has inspired children in the U.S. to get involved and start projects in their own communities.

Mortenson said the key to the success of the schools he has started has been having the local communities involvement in every step. He said that is why his schools have not been adversely affected the way others have by the insurgencies in Pakistan and Afghanistan. The CAI schools are built on land provided by the communities, are built by local community workers which ensures their total commitment to the schools.

Mortenson acknowledged the audience's curiosity for him to speak about President Obama's latest decision to deploy 30,000 additional troops to Afghanistan. Mortenson said that there were 9 meetings held on Capital Hill and they were all held in privacy and secrecy. He believes that there should have been more transparency and that there should have been open hearings and testimony. He lamented the fact that the Afghanistan shura (elders) were not contacted. He said that the power base in Afghanistan does not lie with the central government which is corrupt. The real power base in Afghanistan is provincialized and lies with the shura. He drew comparisons with the Marshall Plan in Europe which was a provincialized plan and was therefore highly successful in its implementation. He questioned why this was not the method being used in Afghanistan. The real solution lies in building relationships. Mortenson said that the locals say that they don't want more fire power - they want more brain power!

Mortenson did offer supportive remarks for Admiral Mike Mullen, Chairman of the Joint Chiefs of Staff. Admiral Mullen was given Three Cups of Tea to read by his wife and he has subsequently made it into required reading for the troops. Mortenson said he believes that the U.S. military now "gets it" - it's about building relationships. However, he said that the politicians in Washington don't get it and have not made many trips to Afghanistan to really see what's going on. He said we have to listen, build relationships and realize that no surge will ever bring peace. 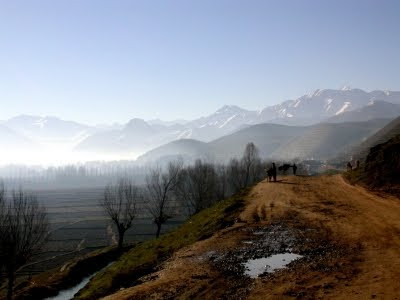 Mortenson ended with his reasons for hope in the area and some good news. He said that in 2000, there were 800,000 kids in school in Afghanistan. Today there are 8.5 million kids in school, including 2.5 million girls. Land ownership is up, a central banking system is in place and roads are being built. He showed a picture of himself in a black turban along with tribal leaders in Urozgan Province, a remote and dangerous area in south central Afghanistan, the original home of Taliban leader Mullah Omar. Mortenson said that for years he had a dream of wanting to build a girls school in that area as it is the heart of Taliban country, however he felt it would be 20 years before he could see that happen. As it turns out, 13 shura of the province approached CAI in Kabul about helping them build a school in their region. The audience broke out in laughter as he showed a picture of these black turbaned tribesmen swinging gaily on swings at a CAI school. Mortenson said these men did not have childhoods like we have so for them a swing was a wonderful thing. They agreed to the building of the girls school but asked that the playground be built first.

Mortenson brought along field reports of CAI's work in 2009 and contained in it is the full story of the relationship building with the tribesmen in Urozgan Province. Wakil Karimi, CAI's Afghanistan operations manager is quoted as he worked to gain their trust while explaining the process of building a CAI school to the tribesmen: "I tell them, 'We are good and simple NGO, we work in village, not in city, and we don't have big office, or Landcruisers or gunman - only pencils and prayers.'"

Posted by Kathy Stanley at 9:46 AM