Negril Beach Erosion: Will We Lose Jamaica's Most Iconic Beach? 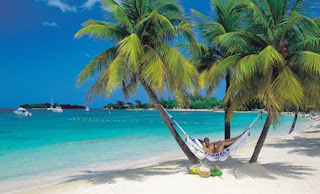 The Inter Press News Agency published this article today by Kathy Barrett titled "CARIBBEAN: Final Throes for Jamaica's 'Hippie Paradise'?" The article highlights the results and warnings from a study of the Negril ecosystem by the United Nations Environment Programme (UNEP) Division of Early Warning and Assessment. Sad to say, but the truth is that there is a very serious risk that we may end up losing what is Jamaica's most iconic stretch of beach. See full article below:


NEGRIL, Jamaica, Apr 9, 2010 (Tierramérica) - For centuries, Negril, a seven-mile stretch of white sand beach on the western tip of Jamaica, was cut off from the rest of the island by bad roads and a large swamp.
It remained relatively unknown to the world until the 1960s and 1970s, when U.S. "hippies," students and Vietnam veterans gravitated towards this laid-back village.
The U.S. travellers arrived in ever-increasing numbers and, towards the end of the 1970s, Negril blossomed as a tourist destination. But with the growing population and improved infrastructure, the natural beauty of Jamaica's third largest tourism centre has suffered visible deterioration.
"When I first visited Negril from Kingston in 1960, just after the first road to the coast was built, there were no buildings the entire length of the beach. The waters were crystal clear," wrote Thomas J. Goreau, president of the non-governmental U.S.-based Global Coral Reef Alliance, in a paper published in 1992.
"Now that it is Jamaica's fastest growing resort area, all the tall coconut trees are gone, the beaches are crowded with people and buildings," states the text.
Eighteen years later, the demise of the Negril environment has again been brought into sharp focus, this time by United Nations Environment Programme (UNEP) Division of Early Warning and Assessment.
Expert Pascal Peduzzi, who heads the Early Warning Unit, predicted in March that several beaches on the western end of Jamaica could be totally wiped out in the next five to 10 years if local authorities and residents do not act now.
His prediction is based on data coming out of a UNEP study on the role of the ecosystem in disaster risk reduction.
"The data has found that beaches in Negril are receding between half and one metre per year," said Peduzzi.
The scientific evidence shows that over the past 40 years Negril's beaches have undergone severe and irreversible shoreline erosion and retreat, according to the study entitled "Risk and Vulnerability Assessment Methodology Development Project (RiVAMP): The Case of Jamaica."
"The highest erosion rates have occurred after 1991, when beach recovery after storms has been slower, and these trends are likely to continue," Peduzzi said.
The UNEP report says bad environmental and building practices and illegal dumping of pollutants in the sea were killing sea grass and coral reefs, thus reducing their effectiveness in protecting the beaches from erosion.
In the opinion of Maxine Hamilton, executive director of the Negril Environmental Protection Trust, the UNEP study will help determine the way forward in finding solutions for an already fragile environment.
"It will help us to structure our programme to ensure that we conserve the environment and to increase the resilience of the vulnerable communities in our area to natural disasters... It gives us ammunition to move ahead to take the appropriate action," she said.
In April 2000, the Negril Chamber of Commerce invited professor Edward Maltby, who headed the Commission on Ecosystem Management of the World Conservation Union, to visit Negril and assist in guiding the community on the way forward.
Maltby was adamant that the Negril Great Morass, a wetland covering 2,289 hectares, must be revitalised. The Great Morass constitutes one-fifth of Jamaica's wetland area.
The Great Morass once completely surrounded the Negril beach, preventing access to the coast. The area has been subjected to extensive man-made changes that have influenced its hydrological function as well as its role as a wildlife habitat.
"Greed is what functions now. They have built hotels on the last forest swamp which had mangroves and was where the crabs and fish spawned," ecologist and hotel owner Sylvie Grizzle told Tierramérica. She moved here from her native France in 1981.
The red mangrove (Rhizophora mangle) in the area grows toward the sea, holding the sands in place. "That gave us a bit more land every year, so of course that's gone, that's finished," she said.
"I was probably the only person who protested. I said, 'please, you can have your hotel anywhere else, just not in that area because that is the last little bit of coastal forest that we have'."
"One of these days we won't even have a beach if nothing is done," lamented Grizzle, who owns the Charela Inn and is a pioneer in the country's environmental movement.
She says there has been no planning in Negril or in the rest of Jamaica. "We are destroying our coastlines everywhere. Jamaica is a small island and Jamaicans are being pushed out and that is terrible," Grizzle said.
One of the problems, she says, is the violation of rules and regulations. "For those who put their hotels on the sea, let them pay a terrible tax for the rest of their days for breaking the law" or tear down their buildings.
(*This story was originally published by Latin American newspapers that are part of the Tierramérica network. Tierramérica is a specialised news service produced by IPS with the backing of the United Nations Development Programme, United Nations Environment Programme and the World Bank.) (END)
Update to this post Oct 14, 2010:
From the Jamaica Observer, October 6, 2010:
JET concerned about Negril shoreline, Says Ecosystem Shows Signs of Dying

A massive pile up of dead seagrass along the Negril coastline in Westmoreland has prompted the Jamaica Environment Trust (JET) to call for a relook at the area’s ecosystem.
“It (the death of the seagrass) would suggest to me that the seagrass ecosystem is unhealthy. Something is very wrong and it needs some study,” McCaulay told the Observer.
Meanwhile, the JET boss pointed to the continued development of the western resort town’s coastline as a potential source of the problem.
“It is being caused by badly planned and executed coastal development,” she said.
Negril, once famous for its pristine seven-mile white sand beaches with crystal blue water, is fast losing its unique beauty because of the degradation of the coastal environment, McCaulay insisted.
“The Negril marine ecosystem has long been in trouble and it is only going to get worse. It is partly due to land-based pollution from bad agricultural practices and tourism developments, which has disrupted the functions of the morass and (caused the) removal of mangroves and seagrass,” she noted.

Posted by Kathy Stanley at 4:17 PM