Is BP Oil Spill Unstoppable? "Is this why Obama is praying?" 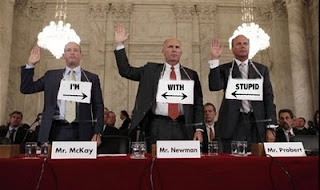 If you were to believe everything that President Obama said last night, you would trust that BP would be collecting 90% of the oil from the spill in the next few weeks, and that the relief well they are drilling would take care of stopping the actual flow. However, I seriously question Obama's credibility, and I doubt that he is getting good advice when so much information is out there about grave concerns from scientists about whether this oil leak can be stopped. Does this administration take us for fools, or read below to see why Mother Jones Environmental Correspondent Julia Whitty asks, "Is this why Obama's praying?" Don't try and calm my fears when you don't even seem to be aware of this information. Rachel Maddow tonight questioned the issue Obama brought up about building berms to save the Louisiana marshes. Sure, the Governor of Louisiana is pushing this, however, the science is not there to do that.   With as serious an environmental catastrophe as this is, I want to believe that Obama has all the facts, that he's getting the very best advice.  Unfortunately, with a speech like what he gave last night, I just don't believe it.   I blogged about this issue of the unstoppable oil well on Monday with videos of Mike Papantonio railing about it on the Ed Show on MSNBC.

Here is the latest from Julia Whitty's blog at Mother Jones reporting on the concern of whether the oil leak can be stopped:

Posted by Kathy Stanley at 9:28 PM