Across Africa and Asia, elephants are under great threat. The following alert and petition comes from the Wildlife Conservation Society: 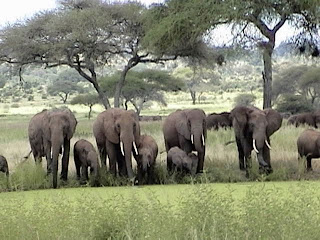 Throughout Africa and Asia, elephants are being slaughtered and their homelands are being destroyed at alarming rates.

With their massive size, long lives and strong sense of community, elephants have captured our imagination and inspired us for centuries.
Slaughtered for their precious ivory tusks and confined to ever-shrinking habitats, these ancient symbols of wisdom and family bonds are facing severe threats today.
Nothing less than our biological heritage is at stake.
Congress will be voting soon on some extremely important pieces of funding legislation for international conservation. Now is the time to let your lawmakers know that you want the U.S. to help this magnificent species.
Agencies such as the United States Agency for International Development (USAID) and United States Fish & Wildlife Service (USFWS) provide critical support to international monitoring and anti-poaching efforts, and help to range-state governments to establish new parklands and preserves to protect key habitats – exactly the kind of work we need to do and expand if we want to ensure a future for threatened species including elephants. While a miniscule part of the budget, this support provides a potentially lifesaving opportunity for these charismatic and magnificent giants.
Congress will be setting the budget for these agencies very soon – and before they vote they need to hear from you.
Already, conservation efforts overseas, backed by our government, have helped pave the way for significant progress in countries including:
• Myanmar – Through the continued deployment of Elephant Protection Units and increased monitoring and training of local personnel in the Hukaung Valley Tiger Reserve, the USFWS Asian Elephant Conservation Fund backed efforts have been able to reduce the threat of illegal captures of wild elephants.
• Indonesia – As a result of negotiations between the Indonesian government and the U.S., Indonesia is freeing up $30 million to restore tropical forests that elephants, tigers, rhinos and orangutans call home.
• Gabon – A study in Central Africa showed that forest elephants avoid crossing roads at all costs, as these highly intelligent animals now associate roads with danger. The findings will allow development engineers to help plan future roads that are less disruptive to wildlife movement patterns.
Partnerships like these are key if we're going to save elephants – but they depend on adequate support from the United States as a leader in the conservation of elephants and so many other species.
With your help, we can send 60,000 letters to Congress and make sure the U.S. reaffirms its global leadership by expanding support for conservation efforts around the world.
Tell Congress to Increase Funding for Conservation Programs Overseas 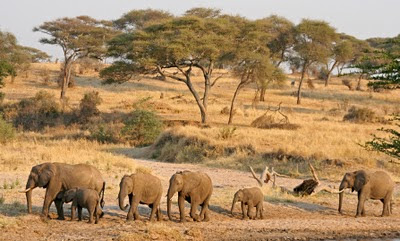 The IFAW also has a petition:
The U.S. Is one of the world's largest consumers of ivory. Illegal ivory is brought in via souvenirs, smuggling operations and the internet. That makes the U.S. one of the major drivers of elephant poaching in Africa.
Protections under the Endangered Species Act are riddled with loopholes, allowing the ivory trade to flourish in America and threatening Asian and African elephants in the wild.
Help us end illegal ivory trade in the U.S. and save elephants. Tell President Obama to reform U.S. ivory trade regulations. Sign Petition Here.
A recommended book on elephants is The Elephant Whisperer by Lawrence Anthony:

Posted by Kathy Stanley at 3:41 PM