Support the People's Revolution in Egypt

Petitions by Change.org|Start a Petition »

Change.org members in Egypt are asking all of us to support them.

Late on Saturday night, two pro-Democracy activists -- a young man and a young woman who've asked that we not use their names out of fear of imprisonment and torture -- started a petition on Change.org, dictating the text to an ally over a phone line because the government has shut down the internet throughout the country.

These Egyptians -- activists participating in what is being called the "January 25 Movement" -- believe we're at a possible tipping point within the country. The Egyptian army has is siding with the protesters, the President has already been forced to dismiss his entire cabinet, and there are unconfirmed reports that some members of the ruling family are leaving the country.

These Egyptian activists believe that a flood of international support right now can help to change the course of Egypt's history for decades to come.

This is extremely urgent -- please don't wait to take action.

We are the January 25 movement, and we are not going to stop until our demands are met! We call on Egyptians and internationals to lend a hand and help us win by signing this petition, which will be sent to Egyptian President Hosni Mubarak, officials in the interior and foreign ministries, and Egyptian embassies all over the world.

Winning this campaign depends on our ability to call on thousands of supporters like you. Sign the Petition here.

Please also consider signing the Amnesty International Petition to the US Government to Press Egypt to Reign in Security Forces during Protests. Sign Here. 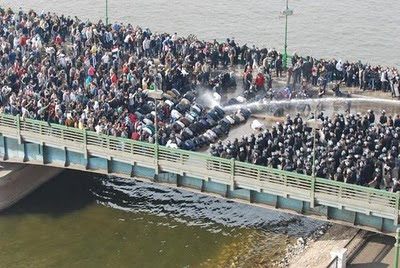 Having been fortunate to have traveled to Egypt twice in recent years, I have been riveted by the events unfolding there since Tuesday January 25, 2011. Today's "Day of Rage' has shown that the Egyptian people are no longer afraid. They are protesting a brutal regime and decades of corruption. I support their efforts to free themselves and wish them peace as they strive for a better future that will bring them democracy. The U.S. media is only just starting to pay attention to this. Up to yesterday, there was scant, pathetic coverage of this important story. Finally, CNN seemed to have woken up today. Some good resources to follow the events: 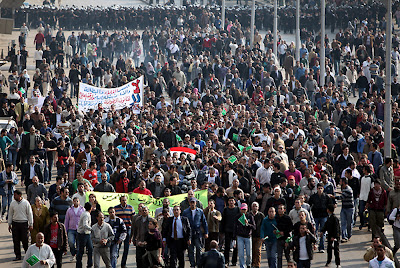 Links to this post
Labels: Egypt Day of Rage

The Canadian writer of The Shock Doctrine: The Rise of Disaster Capitalism

, Naomi Klein, gives a worthwhile TED Talk on the Gulf Oil catastrophe and its meaning beyond the surface environmental disaster:

Requiem for the Redwing Blackbirds 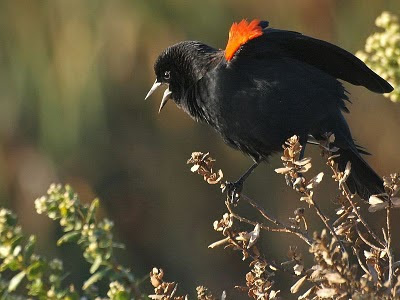 I've never been a fan of fireworks. When I moved to the U.S. 5 years ago, I was astonished at the widespread, offensive use of fireworks - just in my neighborhood. Never mind the big professional displays, after my first July 4 here, I vowed to never go out again on July 4. Now it seems that these horribly polluting, assaulting fireworks are the cause of the mass death of 5,000 blackbirds on New Year's Eve in Arkansas. I grieve for the birds. Nature is under assault from humans on all sides. From the Audobon Magazine:

Illegal Fireworks Likely Cause of Massive Arkansas Blackbird Deaths
By Alisa Opar
Professional-grade fireworks probably caused the deaths of thousands of red-winged blackbirds in Beebe, Arkansas, on New Year’s Eve. The loud noises, combined with birds’ poor night vision and large winter gathering, likely led 4,000 to 5,000 birds to crash to their deaths.
That’s the Arkansas Game and Fish Commission’s “strong working hypothesis,” Karen Rowe, a Commission ornithologist.
Here’s what officials have pieced together:
At 10 p.m., residents heard several extremely loud, “window-shaking” noises that are believed to have come from professional-grade fireworks, which no one had permission to set off. The blasts came from an area near the birds’ winter roost.
About 15 minutes later several folks went outside when they heard the whooshing wings of a blackbird flock flying at its normal fast speed. “But when they looked up, instead of the birds being above treetop level, like they usually are, they were at rooftop level,” says Rowe. “They crashed into houses, cars, trees, mailboxes, shrubbery. Everything around.”
Blackbirds don’t usually fly at night. The big booms apparently flushed the birds from their roost, and then poor eyesight and disorientation stymied them from making it back safely.
“Necropsy report shows trauma primarily to the chest,” says Rowe. “Hemorrhaging in the body cavity, bruised skulls, blood clots in brain. It’s consistent with crashing into something rather than falling.”
Toxins don’t appear to be a factor, says Rowe, adding that the death toll is difficult to estimate because feral cats, raccoons, and other scavengers likely made a meal out of the fallen creatures.
The loss of any animals is regrettable, says Rowe. “I don’t want to see it again, but I especially hope we don’t see it with any declining species like cerulean warblers.”
Beebe residents aren’t likely to see a repeat of the freak event on the Fourth of July, the only other day the city allows fireworks. Blackbirds will be spread out on their individual nests then, instead of congregating in their winter roost.
It appears that similarly mysterious bird deaths in Louisiana around the same time are unrelated. “Initial findings indicate that these are isolated incidents that were probably caused by disturbance and disorientation,” says Greg Butcher, Audubon’s director of bird conservation.
The birds—red-winged blackbirds, common grackles, brown-headed cowbirds and European starlings—are abundant species that flock together in large nighttime roosts during the winter months. Roosts can contain from tens of thousands to 20 million individuals or more.
Blackbirds are so prolific that during the Christmas Bird Count this year, Rowe says she and another biologist commented that they spent so much time counting blackbirds that they didn’t get to search out more rare species. “This will teach us,” she says wryly.

Posted by Kathy Stanley at 8:44 AM 0 comments 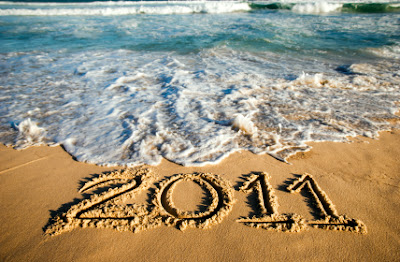 Happy New Year to all my readers...may the new year bring you good health, prosperity, joy, warm sunshine, laughter and all your heart's desires.