One People: "Out of Many, One Documentary" - Celebrating Jamaica's Global Reach 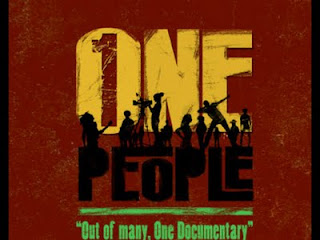 Next year both Jamaica and I turn 50. Me in February and Jamaica six months later when the island celebrates her 50th year of independence from Great Britain on August 6, 2012. I'm celebrating by entering grad school and getting my masters degree over the next two years. The One People Documentary is a fabulous idea to celebrate Jamaica's independence and a great collaborative effort. Jah know seh Jamrock deserves some upliftment! We may be likkle but we tallawa!!! From the OnePeople wesbite:


OnePeople is a collaborative documentary that invites people worldwide to contribute footage to celebrate Jamaica's global reach 50 years after independence. We pose the question "What does Jamaica mean to you?" with the aim that a global community of creative minded people will respond by uploading a visual representation of their answer.
We know this tiny island nation has touched many outside of our country, even beyond our diaspora, and with this project we will embrace anyone who has ever been moved by a reggae song, enjoyed a plate of ackee and saltfish, a Negril sunset, been inspired by the words of Marcus Garvey or simply has a point of view.
OnePeople will premiere in London, Toronto, New York, Miami and Kingston on August 6th 2012.
We hope we have given you all the information you need right here but feel free to contact us with any questions.
Submissions will close November 6th, 2011. See website here.

Are we hard-wired for harmony with the earth? 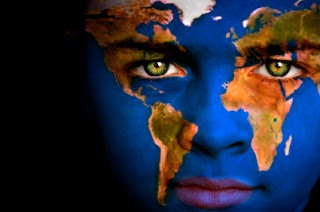 Evidence is all around us that human beings, except for remaining indigenous peoples, are the cause of most of the stress now facing much of the earth’s ecosystems. The multi-century widespread colonization of the earth by the Westernized human has consumed forests, wetlands, marine ecosystems, grasslands and all manner of natural environment and has precipitated a new extinction phase. Without knowledge that there is another way to live with the environment, it could be safe to say that many modern people no longer know of any other way to live other than to be in an unsustainable relationship with the earth. The person growing up in an urban, fully built environment is these days likely preoccupied with survival issues – working several jobs to provide food and shelter for their families, hence the natural world (and sustainability with the natural world) is perhaps far from his or her mind. So does this mean that this person is no longer capable of a living in harmony with the earth? Not according to Paul Shepard:


An ecologically harmonious sense of self and world is not the outcome of rational choices. It is the inherent possession of everyone; it is latent in the organism, in the interaction of the genome and early experience. The phases of such early experiences, or epigenesis are the legacy of an evolutionary past in which human and nonhuman achieved a healthy rapport. (128)
In this statement, Shephard makes the claim that human beings are innately capable of having a sound relationship with the environment that does not involve pathological tendencies towards destruction, and does not involve having to make a concerted effort or choice to do so. He is saying that left to our basic nature, and with healthy development of the psyche, human beings possess an instinctual nature, like animals, that knows how to live in harmonious relationship with the earth.

Jung offers support for this theory when he describes his mother as having a “natural mind:”


The ‘natural mind’ is the mind which says absolutely straight and ruthless things. That is the sort of mind which springs from natural sources, and not from opinions taken from books; it wells up from the earth like a natural spring, and brings with it the peculiar wisdom of nature. (Jung 27)
Jung further develops this theory of the natural mind into his notion of the ‘archaic man’ which he says we still possess even though our evolving consciousness has taken us away from it:


Every civilized human being, however high his conscious development, is still an archaic man at the deeper levels of his psyche. Just as the human body connects us with the mammals and displays numerous vestiges of earlier evolutionary stages going back even to the reptilian age, so the human psyche is a product of evolution which, when followed back to its origins, shows countless archaic traits. (Jung 100)
Jung believes that the archaic man resides in our unconscious and is re-awakened by dreams and spending time in nature. He distinguishes between modern man and archaic man however believes that even modern man can re-gain the connection with nature. His recommendation on how to re-connect with the archaic man within us is illustrated by this message to students:


Go to bed. Think of your problem. See what you dream. Perhaps the Great Man, the 2,000,000-year-old man, will speak. In a cul-de-sac, then only do you hear his voice. (Jung 215)
Jung places great emphasis on dreaming and spending time in nature as a prescription for igniting our instinctual nature and connection with the ancient wisdom residing in our unconscious. He believed that our great development of consciousness has swung too far out of balance whereby we have gotten too far away from the archaic nature which knows how to live sustainably with the earth, and too dangerously associated with technological development that destroys the earth. However, like Shepard, he believed that we still possessed this inherent ability to live harmoniously with earth. 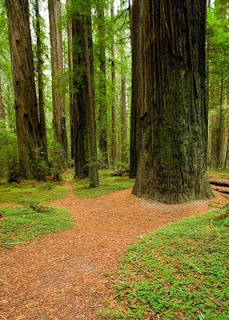 Shepard and Jung offer positive perspectives on modern man’s ability to have a right relationship with the earth, even amongst the heaping evidence to the contrary. In my own experience, if I make the mistake of watching too much television, reading too many newspapers or spending too much time on the internet, my inner and outer harmony is diminished. Conversely, the more time I spend in nature, and the more time I spend tending my dreams and communing with my pets, brings me into a greater harmony with the world inside and outside of me. Perhaps it is exactly as Jung said: “Sometimes a tree tells you more than can be read in books” (Jung 6). I am glad that we still retain this ability to hear the wisdom of the trees. Copyright © Kathy Stanley.